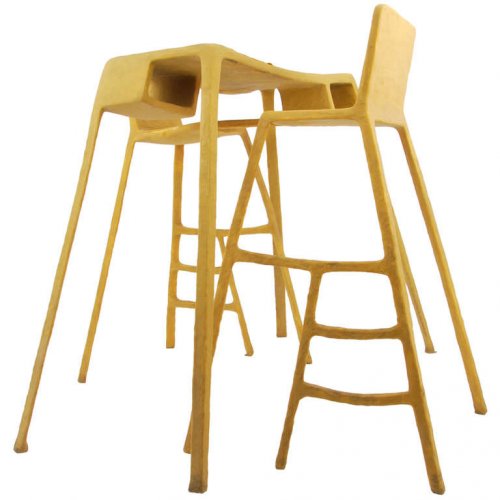 
Description:
\"Table + 2\" unique prototype from the Skin Collection by Nacho Carbonell (Spanish, b. 1980). Exhibited:ag22, Milan, Italy, April 22 - 26, 2009. Provenance: Droog | Cosmopolitan of Las Vegas. \"I like to see objects as living organisms, imagining them coming alive and being able to surprise you with their behavior. I want to create objects with my hands, then I can give them my personality. I turn them into communicative objects that can arouse one’s sensations and imagination. In short, what I want to create are objects with a fictional or fantasy element, that allow you to escape everyday life... he created collections such as Evolution in 2009, which won him nominations to the design of the year by the London Design Museum, and which marked his ongoing collaboration with Galleria Rossana Orlandi. In 2010, a year after being named Designer of the Future by DesignMiami fair organisers, This identity , which defines his actual style of organic forms and rough and colourful finishing textures, is bringing him into an international scene of private collections and museums, such as the Groningen Museum in The Netherlands, and the 2121 Museum in Japan...” {source: Nacho Carbonell}

Condition: Very good, several repairs to seams, minor wear and marks. Minor flaws and light surface imperfections exist even in 'very good' or 'restored' items due to age and patina. Please do not expect 'like new' condition. 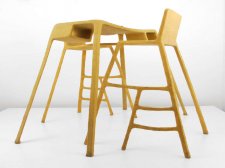 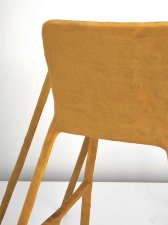 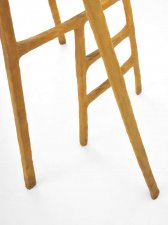 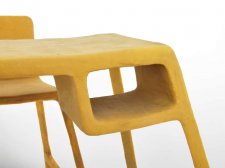 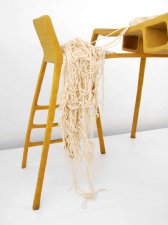 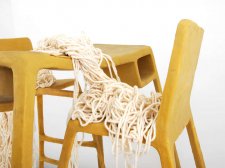 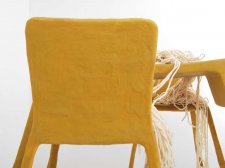 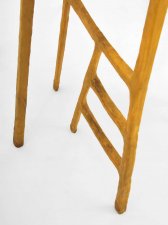