Description:
This beautiful painting is by the American artist Charles J. Burdick and is acrylic on paper. Here he has captured the female form with great play of light that seems to dance across the flesh and yet grounded with out-lining in darker colors. The frame looks to be zebra wood from the graining (see photgraphs). Born in 1924 in Providence, Burdick won a scholarship to attend a class at Rhode Island School of Design when he was 9. (It seems his tales of drawing nudes astonished his young pals even more than his talent did.) During World War II, he lied about his age to get into the Army. Following service as a paratrooper, he enrolled at RISD for one year, then transferred to the Art Students League in New York, where his instructors included such notable artists as Reginald Marsh, Will Barnett and Edwin Dickinson. While there, he also studied graphics with Harry Sternberg, author of several books on printmaking. Burdick found he had a talent for etching and soon began winning acceptance into national juried print exhibitions at such venues as the Smithsonian Institution, the Museum of Fine Arts in Boston, Philadelphia Museum of Art and Provincetown Art Association. Burdick began to concentrate more on painting when he began selling his work in the legendary Washington Square Outdoor Art Exhibit in Greenwich Village in 1952. \"I just dragged myself down on the subway with all my stuff and set it up,\" he recalls. His colorful scenes of the East River proved popular, and he discovered he loved dealing directly with his collectors and exercising his prowess as a salesman. Sometimes he also made connections with gallery owners who wanted to carry his work. Burdick primarily supported his family of five by selling his work at such outdoor art shows. Since 1976, he\'s frequently shown at fine art festivals in Florida, where he spends several winter months on the east coast, in Sebastian. These are all juried shows, with prizes for exceptional work, and Burdick continues to receive his share of awards. In 2006, he won an Award of Distinction at a show in Naples, Fla. Then, just this past February, he won -- for the third time -- a Best in Show at the South Miami Rotary Art Festival.

Condition: Excellent, Wear consistent with age and use 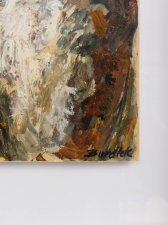 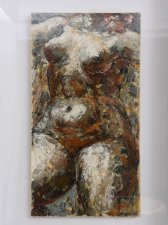 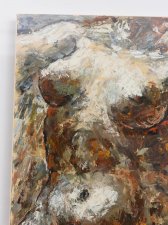 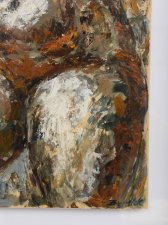 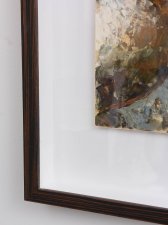 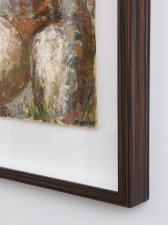